When Weather And Insurance Don’t Mix

As storm Doris lashed much of Britain last week, people all over the country now prepare to make insurance claims for the damage that weather has done to their property.  One woman in the West Midlands tragically lost her life to flying debris from a roof, showing just how severe weather conditions can be even in this country where we don’t usually suffer from extreme weather.

Sometimes the weather can be completely predictable and still cause damage, while sometimes it can be wildly out of control, and nobody knows this better than insurance companies who handle weather-related claims all the time.  However, as these examples show, this isn’t always straightforward, though even for insurance companies.

In Ponchatoula, Louisiana, a man whose home was damaged by 27 inches of water during record flooding last year is having difficulty getting the repairs paid for – because he’s doing them himself. 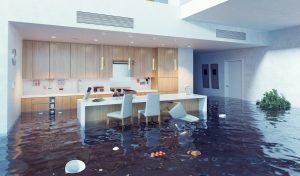 Not a licensed contractor, Grant Reviere is running into problems not with his insurance company – who paid up in full and in good time – but with his mortgage company, J P Morgan Chase, who are refusing to hand over the money.

The small print says the work needs to be done by a contractor, so as capable as Grant is at repairing his own property, he’s currently not having any luck getting the insurance money to help him get his family moved back into the house.

Earlier this year, the UK weather did the most extreme thing it normally does to cause problems for travellers, and hit them with thick fog. While this made driving a problem, it was the flights into and out of Heathrow that were really disrupted, with over 100 flights delayed or cancelled in the chaos. Some passengers found themselves compensated for their delay, but many were told that the fog counted as circumstances under which airlines didn’t have to offer compensation. Some found they were entitled to refreshments during their long delays, while others had to go through their insurance for this basic need during their long stopover while in the expensive London airport.

When it comes to getting their fill of insurance, tea growers in India are having a storm in a teacup.  Tea growers are particularly at risk from extreme weather ruining their crops and threatening their livelihoods, but as of this moment, they are still unable to get the insurance cover that can help them. Whether that’s too wet, dry or windy can ruin a tea harvest, and that can be disastrous news for growers of all sizes.
Similar insurance exists for crops like coffee and for rubber, but tea is still not covered by specialist weatherproof insurance.